About the Christine Revell Children’s Home

The Christine Revell Children’s Home originated 60 years ago when a community worker, Christine Revell, volunteered her time to care for young, unwed mothers. The Uniting Reformed Church subsequently converted the home into a children’s home and named it after Christine Revell.

Today, the Home cares for up to 49 babies and children up to the age of five. The children are referred to the Home by social workers and placed by the courts due to being neglected, abandoned, abused or orphaned.

The Department of Social Development of the Western Cape pays a small monthly subsidy for each child. For everything else, the Home depends on donations.

One of DSC Attorney’s employees, secretary Hayley Peters, became involved with the Christine Revell Children’s Home in 2014, donating food and clothing as part of a women’s circle’s initiative at All Saints Anglican Church in Lansdowne. Kirstie Haslam also started donating to the children’s home in a personal capacity.

In 2017, DSC Attorneys decided to partner with the Home. In that year, the firm took the children to spend a day at Bugz Family Playpark, near Kraaifontein. Here the children had lunch, were given goodie bags and t-shirts, and enjoyed a range of activities, including playing on jungle gyms and riding the park’s Choo Choo train. 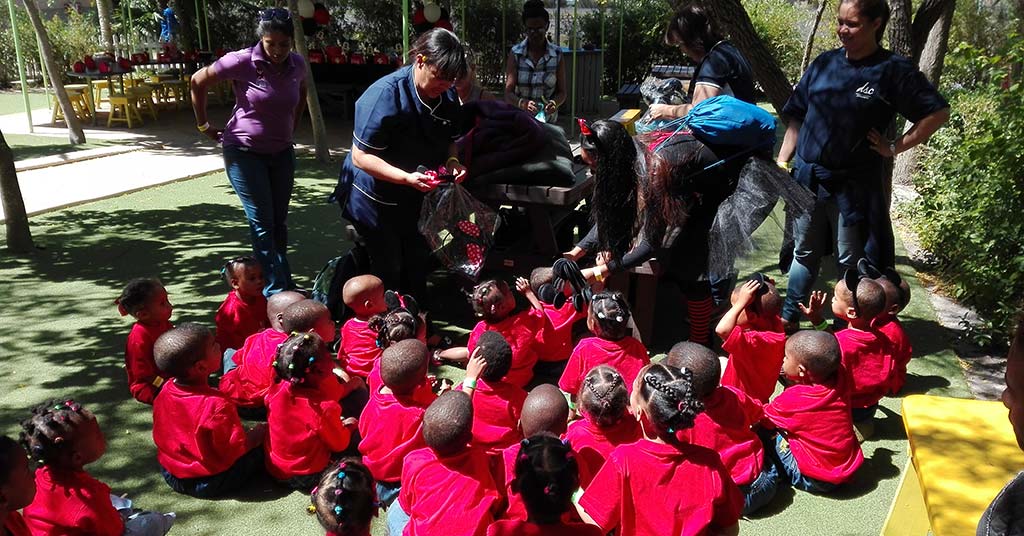 DSC Attorneys and the children of Christine Revell Children’s Home at Bugz Playpark in 2017.

Our visit to surprise the kids

On a sunny Thursday, DSC Attorneys staff dressed in their DSC-branded casual wear, hopped in the van and made their way to Huntley Street in Athlone.

They surprised the children with lucky packets filled with yummy treats and then spent the afternoon playing with the children. The day included activities like jumping rope, playing ball and playing “Simon Says”.

DSC Attorneys also donated new bedding for each of the children in the home. 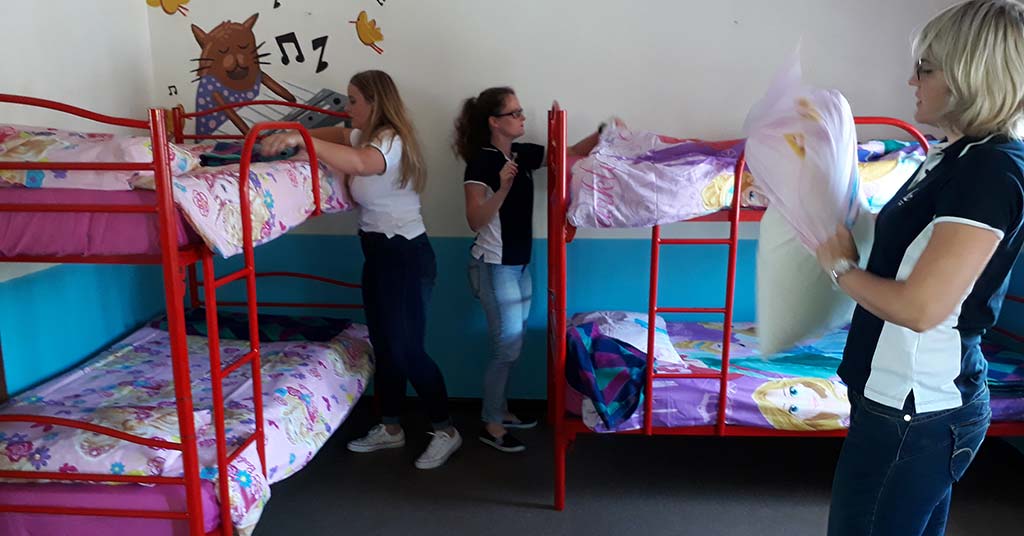 Director of the home, Alicia Rhoda, says it’s important that the children have visitors. “Children placed in our care don’t always understand why they’ve been removed from their parents’ care. We have various to help with the holistic development of the children. The host parents and volunteer programmes aid the children in their social skills development,” she says.

This was the first time that associate attorney, Jacqueline Hudson, visited the Home. “I was moved by how loving the children were – they were so open and welcoming and wouldn’t let go of us when we had to leave at the end of the day.”

How you can help

You can support the Christine Revell Children’s Home in several ways. The home is part of the MySchool programme, so you can nominate it as a beneficiary on your MySchool card. The home also accepts direct donations.

In addition, those interested in becoming host parents can contact Resident Social Worker, Arlene Esau, and visits can be arranged through Carmelita Stoffels on 021 697 1748.

What Type of Attorney Do I Need?

This website uses cookies to improve your experience while you navigate through the website. Out of these cookies, the cookies that are categorized as necessary are stored on your browser as they are essential for the working of basic functionalities of the website. We also use third-party cookies that help us analyze and understand how you use this website. These cookies will be stored in your browser only with your consent. You also have the option to opt-out of these cookies. But opting out of some of these cookies may have an effect on your browsing experience.
Necessary Always Enabled
Necessary cookies are absolutely essential for the website to function properly. This category only includes cookies that ensures basic functionalities and security features of the website. These cookies do not store any personal information.
Non-necessary
Any cookies that may not be particularly necessary for the website to function and is used specifically to collect user personal data via analytics, ads, other embedded contents are termed as non-necessary cookies. It is mandatory to procure user consent prior to running these cookies on your website.
SAVE & ACCEPT